Watch for these signs of sleep apnea 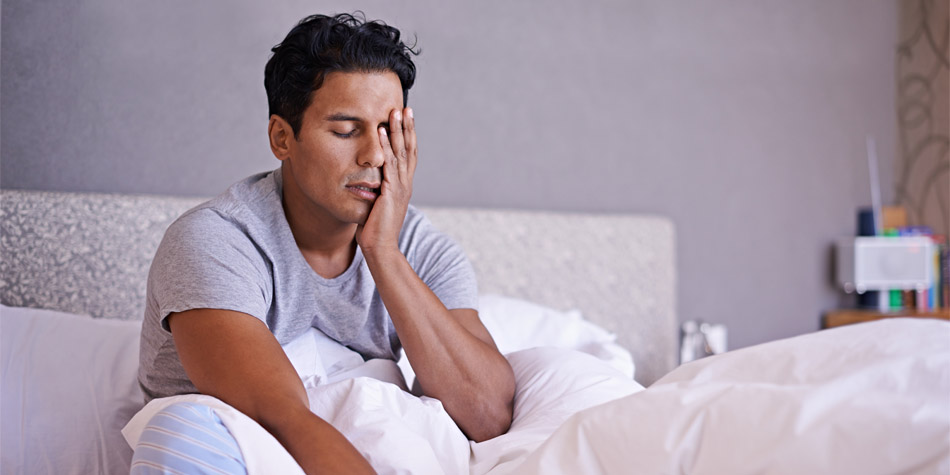 A good night's sleep can help you tackle whatever the day holds. But if you often wake up tired and headachy or feel very sleepy during the day, you may have obstructive sleep apnea. One in 5 adults suffers from at least sleep apnea, according to the American Heart Association (AHA).

Sleep apnea occurs when muscles in the back of your neck repeatedly collapse during sleep and constrict the airway. This can interrupt breathing many times per hour, which disrupts deep, restorative sleep.

Am I at risk for sleep apnea?

People often assume the disorder affects only older, overweight men who snore, since loud snoring is a common symptom. However, anyone can suffer from sleep apnea, even children. Weight can contribute to the condition, but so can other factors such as age and narrow airways due to physical features of the neck, mouth and jaw.

Loud snoring is the most well‐known symptom of sleep apnea, but there are many other signs and symptoms of this condition that may go unrecognized. The AHA lists common symptoms of obstructive sleep apnea, many of which are similar to other sleep disorders:

Depression, anxiety and sexual dysfunction may also be indicators of sleep apnea.

If you have symptoms of sleep apnea, talk to your doctor about an overnight sleep study.

If apnea is diagnosed, you may be able to ease symptoms by losing weight, avoiding sedatives, cutting back on alcohol and smoking, and trying to sleep on your side.

Some people benefit from using an oral appliance to reposition the jaw and tongue to open air passages and improve sleep. For immediate and consistent relief, your doctor may prescribe a CPAP machine that keeps airways open by delivering air pressure through a mask that fits over your nose or mouth while you sleep. In the worst cases, surgery may be needed to remove excess tissue in the upper airways.

Clearing up misconceptions about the COVID-19 ...

Are you getting enough water or too much?

When it comes to how much water you need, there is no single rule that applies to everyone. Read on to learn how to determine the ideal amount...

Folic acid deficiency symptoms: Should you talk with your doctor?

8 common men's health issues to watch out for

5 holiday recipes to use up peak produce